Prada was originally started in 1913, by brothers Mario and Martino Prada, as a leather goods shop importing handbags and steamer trunks to England. In time, Mario’s daughter Luisa took the helm and continued to run the shop for twenty years until her own daughter, Miuccia, took over in 1978. Miuccia began making waterproof backpacks with the help of renowned leather goods designer, Patrizio Bertelli, which went on to become their first commercial hit.

Miuccia and Bertelli then sought out big wholesale accounts in department stores and boutiques worldwide. In 1983, Prada opened their second boutique in Milan’s shopping district, a sleek and modern looking boutique reminiscent to the original shop. The House of Prada began to expand, opening boutiques in Florence, Paris, Madrid and New York. It was within these boutiques that they introduced a collection of ladies shoes.

In 1989, Prada launched its ready-to-wear womens collection, encompassing luxurious fabrics in mostly black, browns, greys and creams, creating a simple, yet provocative style that was ‘sexy and confident’ without revealing too much skin. With this new direction, Prada’s popularity skyrocketed to influencial heights as one of the most sucessful high-fashion brands in the world. In the mid 1990’s the Prada ready-to-wear mens collection was launched, which elevated the brand to the top of the luxury fashion scene and won them another award from the CFDA as “designer of the year”. By 1997 the House of Prada was operating in 40 locations worldwide and had acquired shares in the Gucci Group.

With a passion in wanting to expand the brand, Prada joined forces with the De Rigo Group in 1999 and produced the first Prada Eyewear range, later to be taken over by the renowned Italian manufacturers, Luxottica. The Prada sunglasses collection are still an iconic accessory among the fashion concious elite today, with the Prada brand being immortalised on celluloid and print in “The Devil Wear’s Prada” and heavily featured in television shows like “Sex and the City”. 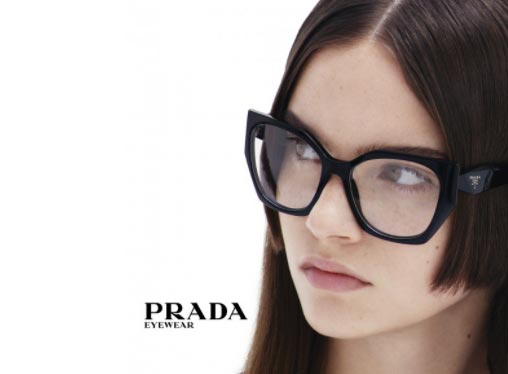 The Prada sunglasses range is of the same outstanding quality and craftmanship that you would expect from such a powerful brand, with a strong identity and unmistakable style. Prada makes stylish, high quality fashion sunglasses as well as models designed specifically for leisure.

Prada fashion sunglasses are the epitome of understated elegance, for cosmopolitan, in vogue men and women, who are seeking exceptional quality and design. The Prada sunglasses collection is always evolving with the changes in fashion, but there are a few key designs that are timeless and many that are inspired by the 1950’s. In keeping with their clothing designs, Prada have chosen to use a colour palette of neutral tones across their sunglass collection, that will compliment any wardrobe.

Prada’s active and leisure collection, Prada Linea Rossa sunglasses, are inspired by the world of sport. When designing their leisure and sport collection Prada worked closely with the Rossa Sailing Team and some of the world’s most prestigious winter resorts and ski schools. The name “Linea Rossa” comes from the Italian, meaning “red line”, which is a featured detail on all of Prada’s sport sunglass collection. 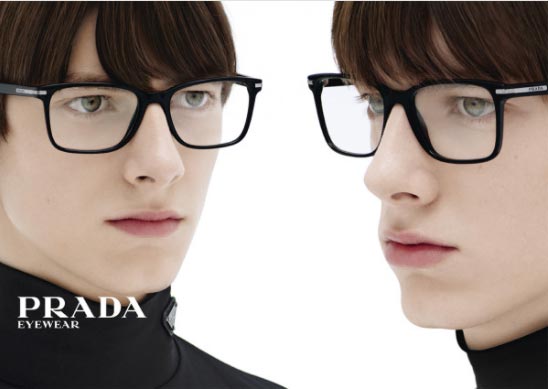